In June 1916, Dr. Walter Roberts and a nurse, Minnie Eagle, opened the Eagle Hospital at 95 Charles Street with ten beds and four nurses. Two years later the hospital moved to 58 South Main Street where there was room for 20 beds and six nurses. Though in need of space and equipment, the Eagle Hospital showed the city how much it needed a hospital that would more adequately meet the needs of the city. On March 8, 1919, the Rochester Hospital Association was formed and the first meeting of the incorporators was held on April 10, 1919. 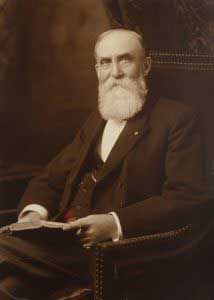 A committee of this group was charged with purchasing Eagle Hospital and to arrange for a suitable place to house its successor. In its search for a better location, the committee discovered the property of John Sanders and found it would be suitable with additions and alterations. An interested public raised $30,000 and the hospital moved back to Charles Street in 1922.

Dr. Jesse Frisbie left the greater part of his estate to found a hospital in his native Rochester. The amount, $23,000, increased considerably under wise management and on April 19, 1929, it was voted to accept the fund and change the name to Frisbie Memorial Hospital.

On January 3, 1940, Judge Leonard Hardwick, chairman of the board of trustees, received a letter from the Spaulding family that they would contribute $200,000 toward the erection of a new hospital if the community contributed $15,000. The community responding by contributing nearly three times that around, and land on Whitehall Road was purchased and construction began. On January 25, 1942, the new building was completed and ten days later patients were transferred to the new hospital.